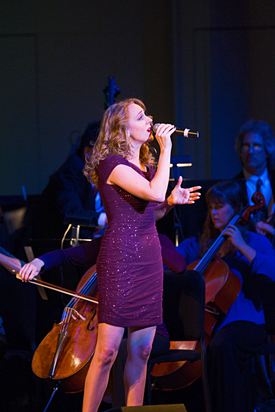 Symphony Pops Music was created by Ted Ricketts after years working as a music director, producer and arranger within the live music and entertainment industry.  One of the most rewarding parts of Ted’s job has always been working with large ensembles, either in a recording studio or for live music events.

Several years ago, collaborative efforts between Ted, his writer/director wife, Sherilyn Draper, and Kathleen Gearhart-Filmer, a London based entertainment producer, resulted in the creation of numerous hugely successful pops concerts celebrating the music of Walt Disney. The San Francisco Symphony’s 4th of July concert in 2004; Disney’s Enchanted Evening:  A Magical Night of Music And Film, performed for the annual BBC Prom In The Park series in Hyde Park, London, England, by the BBC Concert Orchestra and conducted by Robert Ziegler; and Disney In Concert II performed in Antwerp, Belgium and conducted by Robert Groslet, all benefited from their creativity.

Ted, Sherilyn, and Kathleen had a tremendous time working within the pops symphony genre and they enjoyed knowing that the audiences attending these concerts encompassed seasoned orchestra fans as well as brand new patrons.  Brand new patrons, some who were still in strollers, were experiencing for the first time the visceral aural journey that can only be embarked upon when sitting in the midst of live music. It can’t get much better than that, they thought. Then Ted took the experience a step further and crafted an idea whereby they would create original theme-specific Pops packages that could be highly entertaining, offer a larger variety of Pops programming to orchestras, and reach even more new patrons.  Their first Symphony Pops Music performance was DISNEY IN CONCERT Magical Music from the Movies which premiered July 29, 2009 and they’re still going strong!

It is our greatest wish that you not only find exciting themes, unique styles and unsurpassed quality with us, but that our original packages help to foster greater interest in your symphony and cultivate a new generation of symphony lovers.

We welcome suggestions on how we might meet your specific concert needs, and we encourage you to share ideas on additional concert themes that would appeal to your patrons. After all, music is a collective journey and we welcome your company along the way! 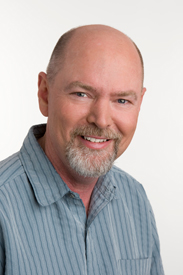 As an innovative composer and arranger, Ted’s commissioned and published works have been heard on television, commercially produced albums, in Walt Disney theme parks, and performed live throughout the world. Ted has over 100 compositions and arrangements for orchestra and concert band published by the Hal Leonard Corporation. Drum Taps, a choral trilogy for orchestra and choir based on the war poems of Walt Whitman and Stephen Crane, was commissioned and premiered in 2000 by the Winter Park, Florida Bach Festival Choir and Orchestra. The Community Orchestra at Long Beach City College commissioned his most recent composition for symphonic orchestra, Exposition And Discourse. 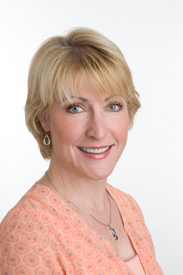 As a creative professional, Sherilyn is able to follow a project from concept to completion either as the creative leader or a team member within the creative process. Participating as a concept creator and developer, treatment, story and script writer, or director, Sherilyn is well versed in all aspects of the live entertainment concept and production process. Whether the entertainment endeavor is a symphonic concert, live stage show, arena-style children’s show, parade, spectacular or Branded corporate special event, Sherilyn is known for her ability to quickly recognize the core essence of a project. The result is highly creative, targeted entertainment that fundamentally represents the subject matter.