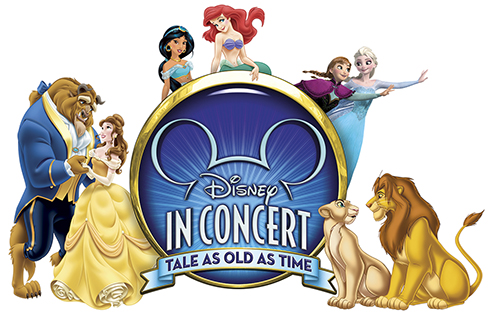 Symphony Pops Music is proud to present our DISNEY IN CONCERT Tale as Old as Time package featuring well-loved music and high-resolution film clips from some of the best-known films ever. Featuring the music of Frozen, The Little Mermaid, Lion King, Beauty and the Beast, The Princess and the Frog, Cinderella, Sleeping Beauty, and Aladdin, four Broadway quality vocalists, and over one hour of high resolution video clips from the original films! This concert package has a little Disney magic for everyone!

Selections from Disney’s The Princess and the Frog (vocal)
(“Down In New Orleans”, “Friends On the Other Side”, and “Almost There”)

“Battle with the Forces of Evil” (instrumental)
(The orchestra underscores a scene taken directly from Sleeping Beauty as the Prince rescues Sleeping Beauty from Malificent and the forces of evil.)

Disney’s FROZEN Medley (vocal and instrumental)
(“Do You Want To Build a Snowman?”, “For the First Time in Forever”, “In Summer”, and “Let It Go”)

“Circle Of Life” (vocal)
(from Disney’s The Lion King)

Here is a sample of the show video used in
DISNEY IN CONCERT Tale as Old as Time.

3. Scripted narrative presented by the singers and your conductor

4. Over one hour of high resolution film clips from some of the best-known movies ever. All of the music in the concert package will be accompanied by visuals with 95+% being film clips from the original Disney films.

Tale As Old As Time Instrumentation:

Please contact Ted Ricketts directly at (818) 521-6877 for any other questions you may have concerning DISNEY IN CONCERT Tale as Old as Time.

Click here for information regarding our
Symphony Pops Music concert package
DISNEY IN CONCERT Magical Music from the Movies. 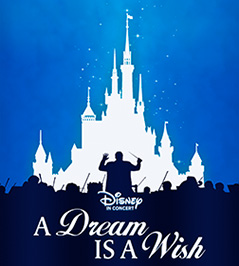 Click here for information regarding our Symphony Pops Music concert package DISNEY IN CONCERT A Dream is a Wish.